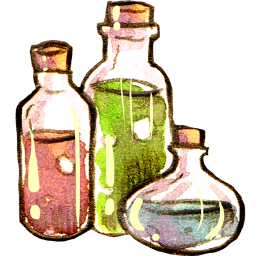 It is becoming ever more clear to a growing percentage of the world’s population that our biosphere is becoming increasingly more polluted and toxic, causing not only damage to several of the earth’s life support systems with resulting negative impact on all the planet’s species, but also causing direct damage to the health of humans and animals alike from continuous exposure, which is then compounded by the degree of the body’s inability to purify itself of this toxicity.

As we finalize our decision to embark on a quest in pursuit of increased health, inner peace, and freedom from a state of sickness, there are a few additional but highly important considerations to be made that extend beyond dietary modification, replacing toxic self-care products with pure options, and purchasing bottled water or installing water filtration systems for cleaner water.

Certain substances – such as heavy metals – can turn detoxification into a very challenging process, creating many problems if mobilized too rapidly in the presence of poorly functioning elimination pathways (some metals negatively affect certain elimination organs such as the kidneys, making the problem worse) therefore ending up not being excreted efficiently from the body as a result. As these contaminants impact different parts and systems of our body, we can develop a broad spectrum of symptoms ranging from shortness of breath to dizziness; vomiting; insomnia; cognitive decline, motor neuron impairment and other forms of neurological decline; migraine headaches; heart palpitations or tachy-brady arrhythmias, and the list goes on (extensively so).

The most frequent problems that tend to surface on the radar when cooperating with clients and sifting through their health history include:

The above are important to consider for several reasons including that:

a. they can be the cause of any accelerated health deterioration that occurs in a person, and/or
b. they can compound and worsen already existing health problems; and
c. they can greatly inhibit or completely prevent a person from getting well if implicated but left unaddressed.

What is also to be understood here is that certain preliminary steps may need to be taken either prior to starting a detoxification plan (e.g. removing toxic dental fillings first or cleaning up one’s immediate environment), or that the way in which the individual approaches detoxification must be adapted to account for and address whichever forms of significant contamination – if any – that may be involved in their specific case.

There are cases, although seldom, that may require for a person to have to relocate entirely (move into a new home in a cleaner environment) or spend most of their time away from their homes or the area in which they live, due to contaminated air, electropollution, , indoor mold, or the like. For a minor percentage this has translated into spending most of their time year-round living with family or friends, or living in a vehicle within close proximity to natural scenery and as far away from the city as possible.

It is also for this reason that we may begin to see a growing trend in the occurrence of radio frequency-free town communities populated by people that just want to be free of electropollution, or apartment complexes built exclusively for the purpose of housing people with multiple chemical sensitivities (therefore banning EMF emitting devices, toxic foods, and anything that would generate harmful fumes). Such people are sometimes referred to, with a humorous undertone, as “refugees of the modern world.”

One of the most important milestones to strive for will always be to open up the body’s primary elimination pathways (kidneys, skin, colon) as to allow digestive waste and the wastes collected by the lymphatic system (cellular wastes, chemical residue, radiation, and toxic deposits) to be expelled from the body primarily through urine, sweat and bowel movements. However, one may have to maneuver through this process slowly as to not stir things up too rapidly within the body, and then focus on one thing at a time (such as meticulous heavy metal detoxification or slowly tapering off of a specific medication(s) preferably under the supervision and assistance from a physician) when necessary. A minor handful of the tougher cases encountered may also call for a temporary expansion of one’s default toolset (diet/herbs/glandulars) and incorporation of specific therapeutic modalities.

This series will expand and delve into some of the pertinent, common issues that arise, in detail, and illuminate how you may go about addressing them.

Do NOT follow this link or you will be banned from the site!