You are here: Home / Lymphological Healing / Your Breath of Life Part 3: Breathing Techniques 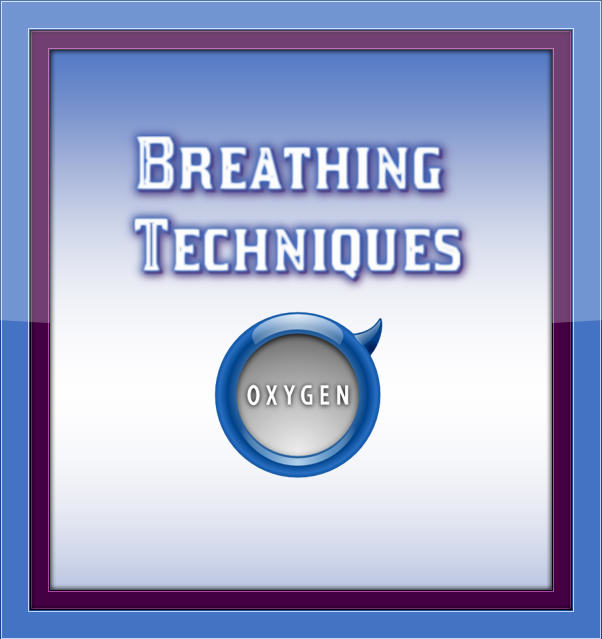 Now that you have a greater understanding of the importance, primary function, and resulting benefits of deep breathing, let’s explore a variety of techniques – in addition to the relaxation technique outlined in part 2 – from which you can begin putting breathwork into practice.

The shallow breather will have oxygen-poor blood and will in time endure the resulting (and health compromising) consequences at the cellular level throughout the body. So, if you’ve always been used to breathing in a shallow fashion, you now have an opportunity to carry out a conscious effort toward changing your breathing patterns.

At minimum, the International Academy of Lymphology recommends exercising some form of deep breathing 3-7 times every hour or 11 times a day, with transition in mind. Should you wish to do it more than that you can, but allow the body to guide you as you go along (i.e. if you begin to feel discomfort, take breaks as necessary).

Below you will find a series of breathing techniques each with their respective audio recording and necessary demonstrations.

A preferable ratio is one inhale count to two exhale counts (but you can adapt this to your liking as you go along). For example: if you take four counts to breathe in, hold four counts and exhale eight counts. The longer the period of time it takes you to breathe in and out, the better.

Try using the above breathing technique for at least 1 week. You can do it in one of the following ways:

Dr. C. Samuel West learned of this invigorating 2-part technique directly from Dr. Norman W. Walker and eventually coined it the ‘Walker-West-Walk’; children love this technique and often refer to it as ‘The Choo-Choo Train Walk’.

The first part (2a), which everyone can do, involves the breathing technique, while the second part (2b) involves physical movement using the arms and legs.

While sitting upright or standing, the breathing technique is as follows:

You will breathe in the following sequence:

Repeat this process over and over again.

You may alternate (or extend) with the following sequence:

Technique #2b.: The ‘Walker-West-Walk’ variation

For the second part of the Walker-West-Walk technique:

Swing your arms and step lively and – once started – add in the first part (2a). I demonstrate the Walker-West-Walk in the following video.

The following two breathing techniques (#3 and #4) are used to magnify the electrical thought-wave. The energy can then be mentally directed into any part of your body that is expressing pain or requires healing, by increasing circulation in and out of the given area.

In 1976, during his 7th year of teaching chemistry, Dr. West saw several scientific films dealing with the electricity produced by the body (cells):

“One of them showed a man paralyzed from the neck down, turning a wheelchair by using the electrical energy coming from his eyes. They wired him up with a shield located on each side of his face. After he pressed a button to make his electric wheelchair go, he would look at the shield to the left, and the wheelchair would turn to the left. He would look at the shield to the right, and the wheelchair would turn to the right. Another film: “The Incredible Machine,” [Arizona University Film Library] showed a man wired up with electrodes going from the brain to an electric train. He could start, stop, slow down, and speed up the train just by thinking about it. They are now able to do this with children. However, in order to make it work, they have to magnify the electrical thought-wave.” ~ Dr. C. Samuel West, D.N., N.D., The Golden Seven Plus One, p. 173

If in pain or dealing with a serious health challenge, either of the following techniques (#3 and #4) should be done at least once every 5 minutes for the first 5 or 6 times, then as often as possible every hour for the remainder of the first day.

Whenever you experience lessening of symptoms, do NOT stop doing the techniques. Should you be able to pull the pain out with any of the breathing techniques, then please continue doing them frequently for at least a week or longer to make sure tissues remain well-oxygenated, are cleaned lymphatically, and can heal. Support this process with the proper diet (or a short fast if needed) and any other self-help techniques and complementary therapies you may choose to incorporate.

NOTE: Prior to doing this technique, please reference an anatomy chart and familiarize yourself with the approximate appearance and locations of your various organs and endocrine glands.

NOTE: Prior to doing this technique, please reference an anatomy chart and familiarize yourself with the approximate appearance and locations of your various organs and endocrine glands.

Before getting up from bed, spend 10-15 minutes each morning yawning, deep breathing and stretching to activate the lymphatic system.

In light of Dr. Jack W. Shield’s discovery in 1979 during the 7th International Congress of Lymphology, Prof. Karl J. West, current president of the International Academy of Lymphology, considers it possible that yawning may be at least a partially autonomic response for promoting lymph flow.